ENGLEWOOD, Colo., Oct. 4, 2018 /PRNewswire/ -- Today, DISH and Sling TV launched Inglés Para Todos, a new HD channel dedicated to teaching English as a Second Language (ESL). DISH is the first pay-TV provider to launch a channel developed with the sole purpose of helping viewers learn and improve their English proficiency. The channel is available at no additional cost to all DishLATINO subscribers regardless of their programming package, and to subscribers of Sling TV's "Best of Spanish TV" service.

According to a study commissioned earlier this year by DishLATINO of more than 1,000 customers, nearly 70 percent of Spanish-dominant respondents are interested in learning or improving their English, while more than 70 percent would like to expand their English vocabulary by utilizing an ESL television channel.

"We are constantly looking for new ways to best serve our audience and there is no question that English proficiency is a bridge to prosperity and empowerment for many Latinos in the United States," said Alfredo Rodríguez Diaz-Marta, vice president of DishLATINO and Sling Latino. "We are proud to build upon our 20-year history of supporting the Hispanic community with the launch of Inglés Para Todos."

"As a child, I dreamt of making it to Hollywood, and I knew that learning English was going to be the key to getting there," said Derbez. "Learning to speak English has not only given me the power to achieve my dreams but to also serve as a voice for others who aspire to succeed in the United States I am proud to partner with DishLATINO to launch Inglés Para Todos."

In the research conducted, 85 percent of survey respondents cited movies and entertainment options for the whole family as the most appealing way to learn English. For this reason, Inglés Para Todos offers a variety of educational and entertainment content – from classroom-style learning to movies and documentaries – and is organized by level to accommodate the needs of all learners, from beginner to intermediate and advanced.

The content is also available On Demand, enabling viewers to learn and practice English at their own level, time and pace. DishLATINO customers can also access the channel via the DISH Anywhere app.

"Many of us at DishLATINO either learned English as a second language or have watched those close to us struggle to learn," continued Diaz-Marta. "We understand the challenges Hispanics in the U.S. face and are harnessing the power of television to empower this community that we are proud to be a part of."

About DishLATINO
DishLATINO is the market-leading suite of English and Spanish language programming packages in the United States. It offers customers Spanish-language news, entertainment, and sports channels in combination with DISH's broad English-language programming lineup of more than 200 channels. DishLATINO customers can receive the Hopper, the industry's most awarded DVR, and take advantage of in-language customer service as well as payment solutions, including a no-term contract, prepaid pay-TV option. As part of the brand's commitment to the Hispanic community with their "Sigamos Haciéndola," or "keep making it," campaign, DishLATINO is the first pay-TV provider to launch a channel wholly dedicated to teaching English as a Second Language (ESL). 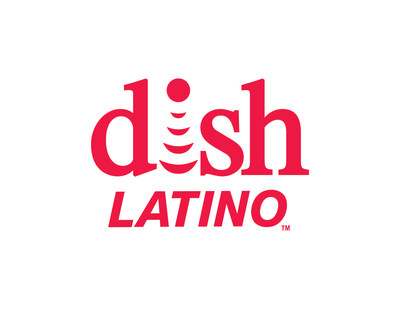